The following examples are offered as information only and your specific application should be analyzed and verified by a Professional Engineer prior to construction of any gabion structure.

Note: Geo-textile filter fabric shall always be placed underneath the gabion or mattress slope protection to prevent loss of soil during drainage or hydraulic impact.

There are many different ways that gabions are used for slope protection. Some of these applications include:

How Do Landslides Occur?

The most common reason for landslides is excessive rainwater. Rainwater tends to collect on slopes, especially on ones that have been eroded due to their steepness. As more and more rainwater collects, the rate at which the soil moves increases. When enough force is exerted on the ground, it breaks apart or slides down the slope. This process may occur several times before the entire slope collapses under its own weight.

What Are Gabions Used For?

Gabions are used for slope stabilization and erosion control. They are constructed by filling the cages with stones. The stones act as a barrier and prevent the soil from moving up and down the slope.

When Should I Use Gabions?

When constructing a new slope, you can use gabions to help stabilize the area instead of using other retaining walls and barriers. You can also use them to stabilize the surface soil to protect from a large amount of rainfall. If your slope already has a lot of vegetation growing in it, you can use them to protect the area from eroding or sliding and by acting as velocity dissipators.

In addition to protecting slopes, gabions are used to mitigate landslides. In areas where there is a risk of landslides occurring, gabions are placed on the soil to create a check dam. The dams slow and direct the flow of water, thereby preventing landslides. The soil does not get overly saturated and therefore cannot break away by controlling the water flow. The gabions also provide stability to the area around them. They keep the ground in place while allowing water to flow freely, keeping the soils where they belong.

The gabions prevent the soil from eroding and sliding into the river.

Floodwaters do not penetrate far into the gabions, and they can hold back and stabilize slopes and walls to prevent flooding.

Erosion control is achieved by placing gabion structures on the surface of slopes and channels to reduce water speed and retain soil particles.

The cost of installing gabions can be much lower than that of other methods like earthen berms or retaining walls. Gabions can also be built quickly, whereas other methods can require weeks or months. 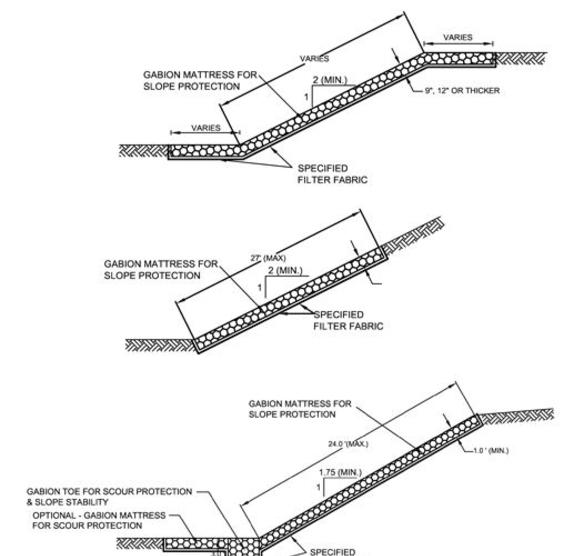 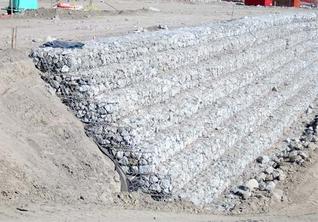 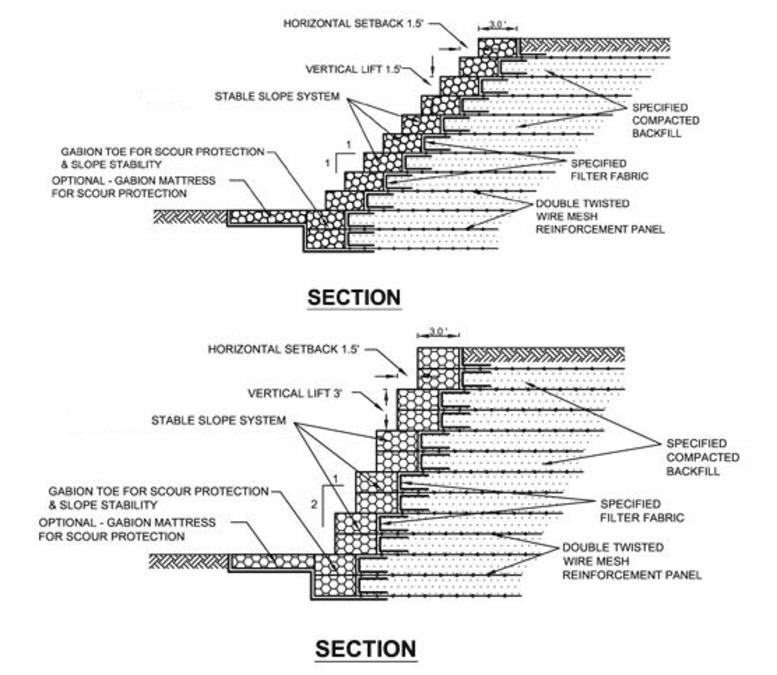